The sky opened up like a mouth and swallowed me whole. I passed through its throat, a black-shadowed and flexible tube that smelled of esters and monomers, and fell into a room as wide as all the sky, suffused with misty pink light.

The thing nearest me—I hesitate to call it a person, though of course it was—sibilated and grunted in my direction. I didn’t understand its tongue, of course. But I understood it nonetheless, via some eldritch technology that our hosts had instilled in the room. Where are you from?

Indeed. Did you know that in my tongue, my world’s name is Earth too?

I considered. “Sol three, then.”

Ah. It waved a tentacle, and a small window appeared. A yellow sun appeared therein, receding. Sol, I trust?

“Yes,” I said, and choked back a sob as I watched my sun dwindle and finally disappear.

You get used to it,it said. Eventually 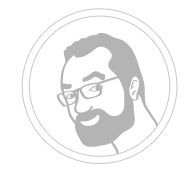